By the Sword is Alison Stuart’s first novel and is set for a re-release in March of this year. Although I have known Alison for some time (Hoydens and Firebrands), I had never before read any of her books until now.

England 1650. In the aftermath of the execution of the King, England totters once more on the brink of civil war. The country will be divided and lives lost as Charles II makes a last bid to regain his throne.

Kate Ashley finds her loyalty to the Parliamentary cause tested when she inherits responsibility for the estate of the Royalist Thornton family. To protect the people she cares about, she will need all her wits to restore its fortunes and fend off the ever-present threat of greedy neighbours.

Jonathan Thornton, exiled and hunted for his loyalty to the King’s cause now returns to England to garner support for the cause of the young King. Haunted by the demons of his past, Jonathan risks death at every turn and brings danger to those who love him. Finding Kate in his family home, he sees in her the hope for his future, and a chance at a life he doesn’t deserve.

In the aftermath of the Battle of Worcester, Jonathan must face his nemesis, and in turn, learn the secret that will change his life forever. But love is fragile in the face of history, and their lives are manipulated by events out of their control. What hope can one soldier and one woman hold in times like these?

Jonathan Thornton makes for an interesting male lead. From our first, shocking, introduction to him he comes across as extremely noble and loyal. Kate Ashley, our heroine, is a widow and the mother of a young son, Tom.

The English Civil Wars were a brutal time and Stuart very capably and beautifully brings the social and economic hardships to life. There were tender, poignant scenes between parent and child, and Stuart’s story was beautifully woven into historical events, such as the Battle of Worcester, which is in the middle of the book. The battle scenes were as good as the love scenes, and Stuart has the talent to depict both realistically and compellingly. In the last quarter of the book, we’re introduced to several new characters including baddie John Thurloe and the unforgettably nice Aunt Henrietta. Ultimately, this book had me turning the pages – I was so eager to know what happened to Jonathan and Kate.

This was a beautiful, well-written journey back in time and I loved it. If you love historical fiction with a touch of romance, do read this book. 4.8/5

You can pre-order your copy of By the Sword by going to Escape Publishing. 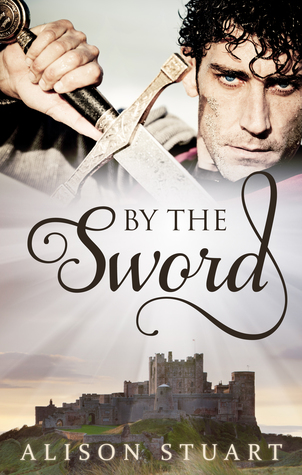