When one considers that Dr Ian Mortimer is one of the best-known medieval historians in the world, it is perhaps natural to be slightly dubious of a work about the Restoration by a person who specialises in the medieval period. Wonderfully, this book was fantastic and any reservations I may have had melted away quite quickly.

I’m a bit late coming to review this book, and most of what can be said has already been said by others. For what it’s worth, I think this is a great book for those who want a wide overview of the time period and covers a range of very interesting and entertaining topics such as hygiene, fashion, crime and punishment, social customs, food and drink, travel, etc. 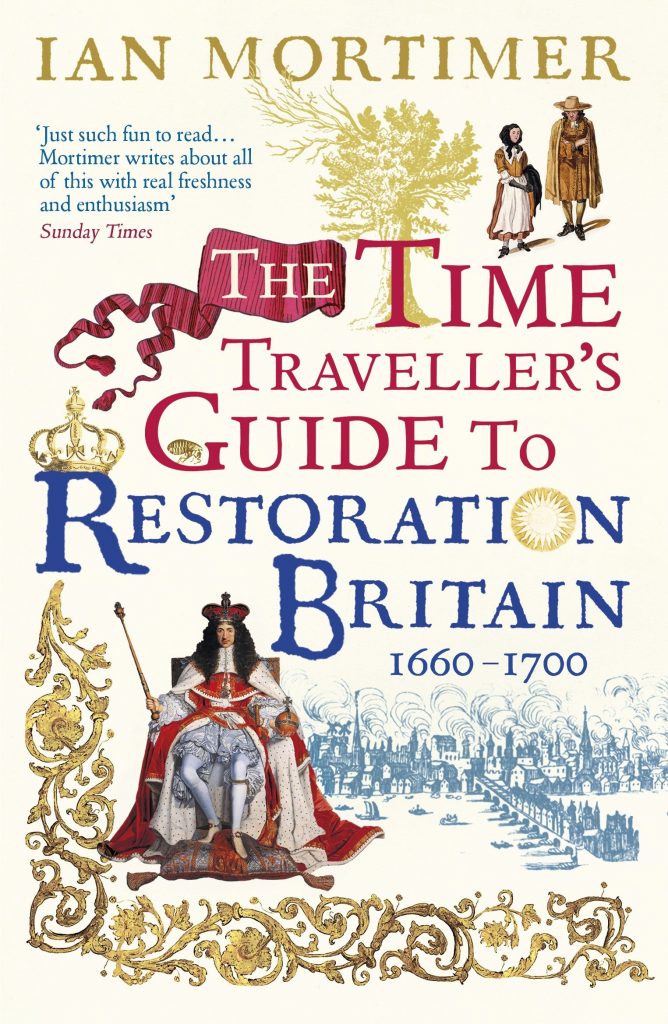 Mortimer really impressed me with the clearly enormous amount of research he did to write this book. He used loads of excellent sources from the late seventeenth century, including written accounts from Samuel Pepys, John Evelyn, Willem Schellinks, Lorenzo Magalotti, Ned Ward, Maximilien (Monsieur) Misson, Ralph Thoresby,  Edward Barlow, among others. In fact, I was only about a quarter through the book when I realised that this is an excellent companion book to my own A Year in the Life of Stuart Britain, which was published a year before this book, in 2016. I can understand why I have often seen Mortimer’s book along with mine on Amazon’s “Frequently Bought Together” section.

By the end, I had learned a fair bit and found that the ending was rather poignant.

Hear ye! One thought — so far — on “Book Review: “The Time Traveller’s Guide to Restoration Britain” by Ian Mortimer”: