It’s not often one is able to see one’s favourite actor in a play set in the 17th century, so when I saw the poster below on the Tube recently, I immediately scrambled to get seats for this production of Arthur Miller’s The Crucible. By the time I was looking for tickets, there were very few seats available, and they were quite costly. Ours were £30 each, as the £10 seats had been taken already. 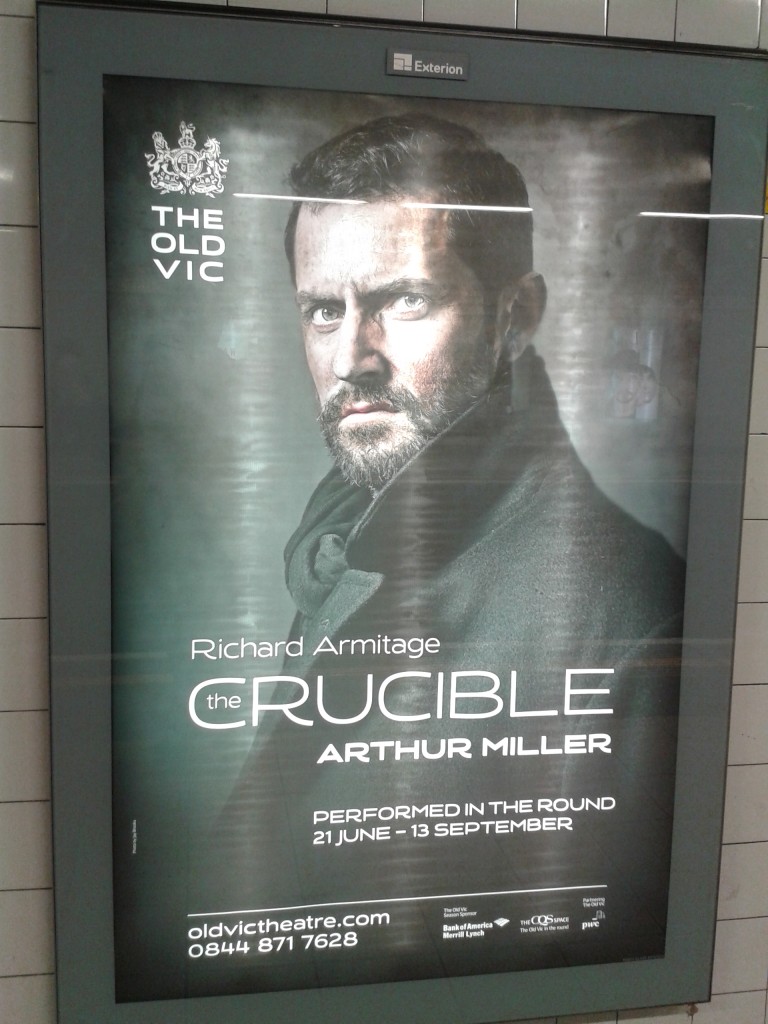 Written by 20th-century playwright Arthur Miller, The Crucible is set during the Salem Witch Trials of 1692 Salem, Massachusetts. This terrible episode occurred during the reign of William and Mary and shows how hysteria and lies can spread and lead to the suffering of innocent people.

The story focuses upon several people who lived in or near Salem and begins with the sudden illness of a young girl. The villagers soon believe witchcraft is involved, and old animosities and personal indiscretions add fuel to the fire of rumour and superstition.

John Proctor, played by Richard Armitage, is a likeable hero – but he has committed adultery with a teenager who used to work in his house – Abigail Williams. She is obsessed with him and hates his wife, Elizabeth, who turned her out of their house when she discovered what had been going on. (There is no evidence that the real Abigail Williams, who was eleven at the time, was in any relationship with the real John Proctor).

Later on in the play, Mary Warren, like in real life, states that she and the other girls have been lying. By that time, however, many innocent people had been accused and some even hanged. Giles Correy was crushed to death under heavy stones. All in all, the Salem Witch Trials was a dark episode in Early Modern American history.

I had never been to The Old Vic, and I had wanted to see a play there since I was in high school, so this was a very memorable event for me. Here, the likes of Gielgud, Olivier, and Burton stood and acted, their mellifluous voices spouting lines of Shakespeare and the other greats. The play was performed in the round, which means there is a circular stage area surrounded by the audience. As a former actress, I know this is the most difficult type of staging in which to perform. 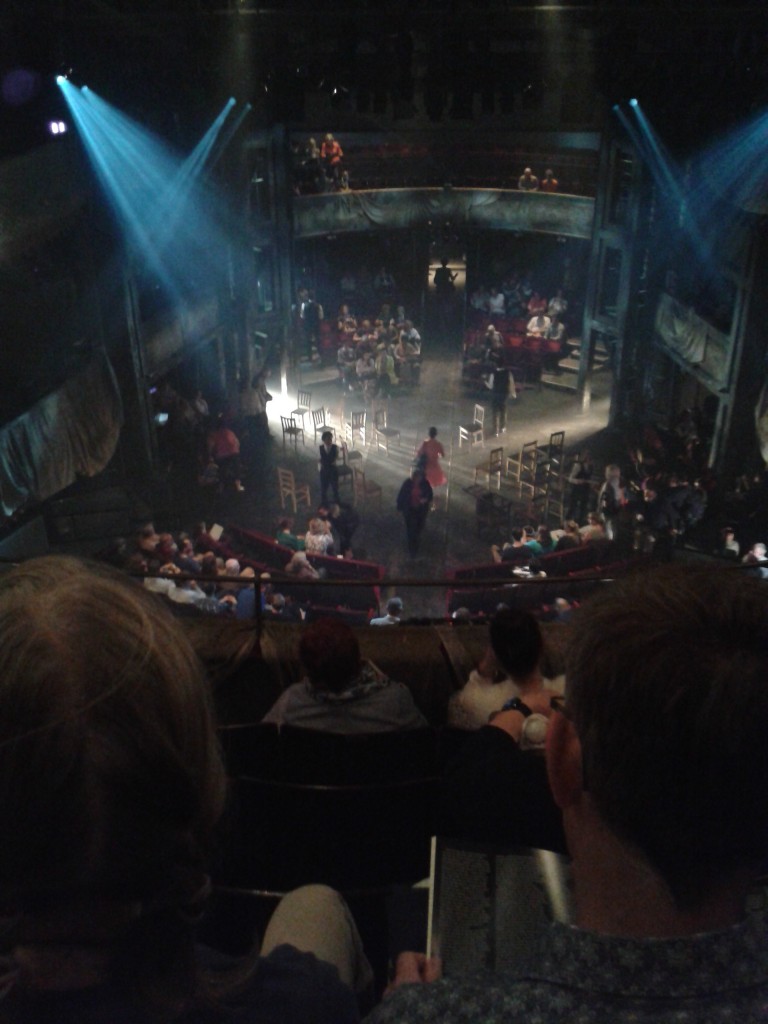 The entire cast was wonderful. My husband and I were particularly impressed by Christopher Godwin, who played Judge Hathorne; his voice was powerful, even Shakespearean in its quality. Abigail Williams, quite a dislikable character, was portrayed very well by Samantha Colley. I really enjoyed Anna Madeley’s performance as the long-suffering, noble Elizabeth Proctor, John Proctor’s wife.  I recognised Madeley from several period dramas that I have enjoyed – as Miss Lucy Steele in recent adaptation of Sense & Sensibility and The Secret Life of Mrs Beeton.

There was one scene in which Proctor returns to his home and strips off his top to wash. I thought this was simply gratuitous, but, hey, I’m not complaining. I got to see Armitage half naked, in person. I’m surprised I didn’t hear anyone sighing around me (as most of the audience was comprised of women).

The Crucible is a frightening story because there have often been episodes such as this throughout history. Miller wrote the play during another witch-hunt – that of Communists during 1950s, who were the witches of the day. You can interpose any word now instead – words that people use to accuse another, to destroy their reputations. Think about it. 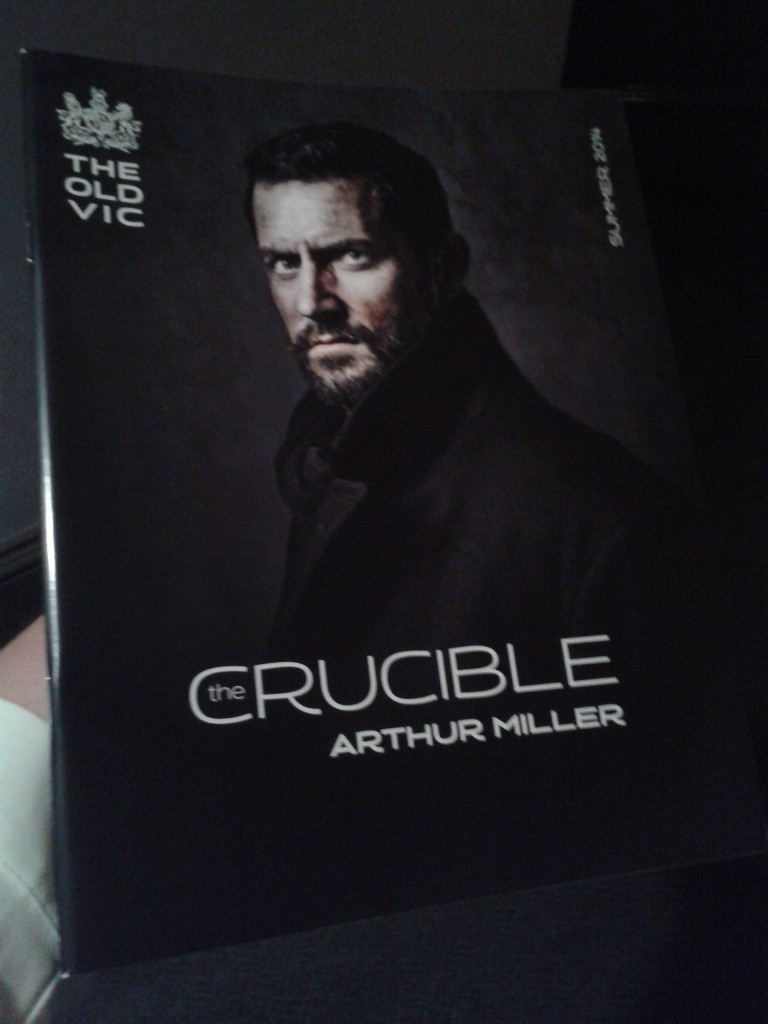 Having discussed the play I must now remark on the audience. The Crucible is in no way a funny play. It’s chilling, it’s dramatic, but it is not funny. Therefore, I was appalled that several women sitting next to me actually laughed and were giggling throughout the play – this suggesting on their part a complete inability to empathise and appreciate the gravity of what they were watching. When the play had finished and we were all descending the staircase, I heard a woman (among many who were dressed as if they were visiting a night club) say something really crazy. She said that in her opinion the play was “boring” and her friend said “I fell asleep it was so dull”. I was staggered. This indicated that the women were entirely superficial and unable to appreciate or understand the depth of the work they had just been privileged to see. 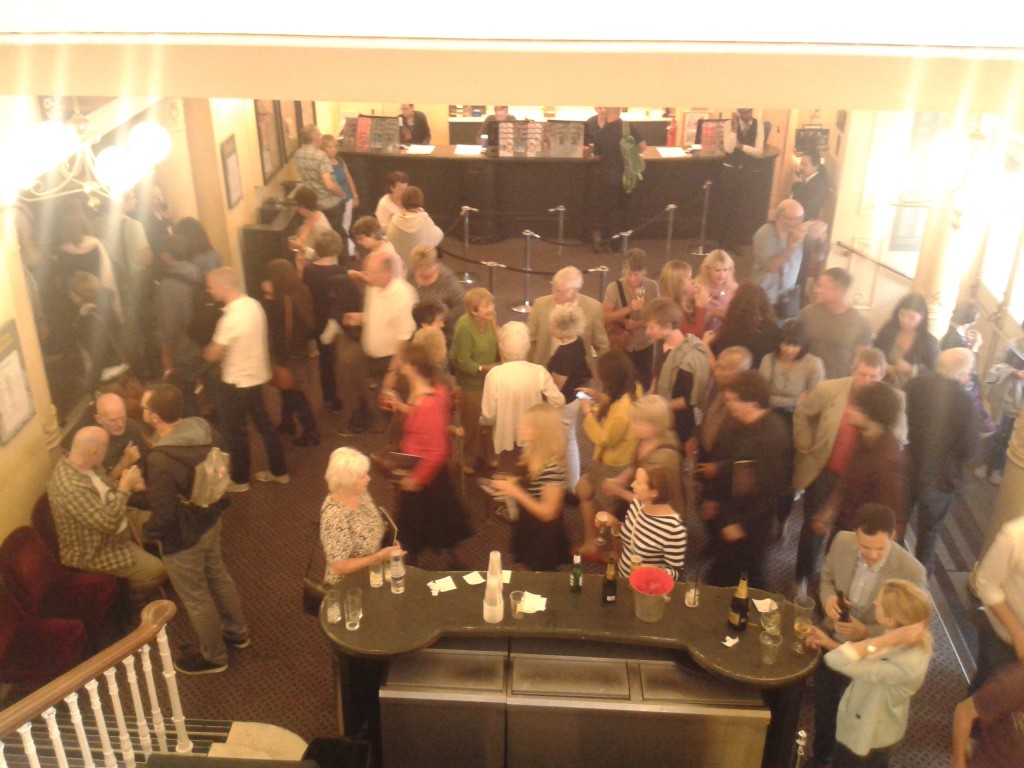 On another note, I have been a fan of Mr. Armitage since 2006, when I first saw him in his memorable turn as John Thornton in Elizabeth Gaskell’s North & South. In 2007, I sent a letter to Mr. Armitage and received an autographed photo of him, which, sadly, has been lost in one of my moves – from USA to UK, but I was so happy when I received that. Eight years later, I was thrilled to be in the same room with him, and the besotted twenty-year-old in me was very pleased indeed. I’m happy he has gone from strength to strength in his roles, and I felt truly honoured to be able to see him perform live.

His voice is a deep baritone, and was quite different from the other male actors in the play. At times, I must confess, I found it a little difficult to understand him because some sentences were not well enunciated. I understand how difficult it is to project in a large theatre, inject passion and drama into one’s voice, and by the end, I felt like he was straining his voice. That being said, when he uttered the famous line, “It is my name!” he hollered like a man on the verge of losing his soul, and it was incredibly moving. 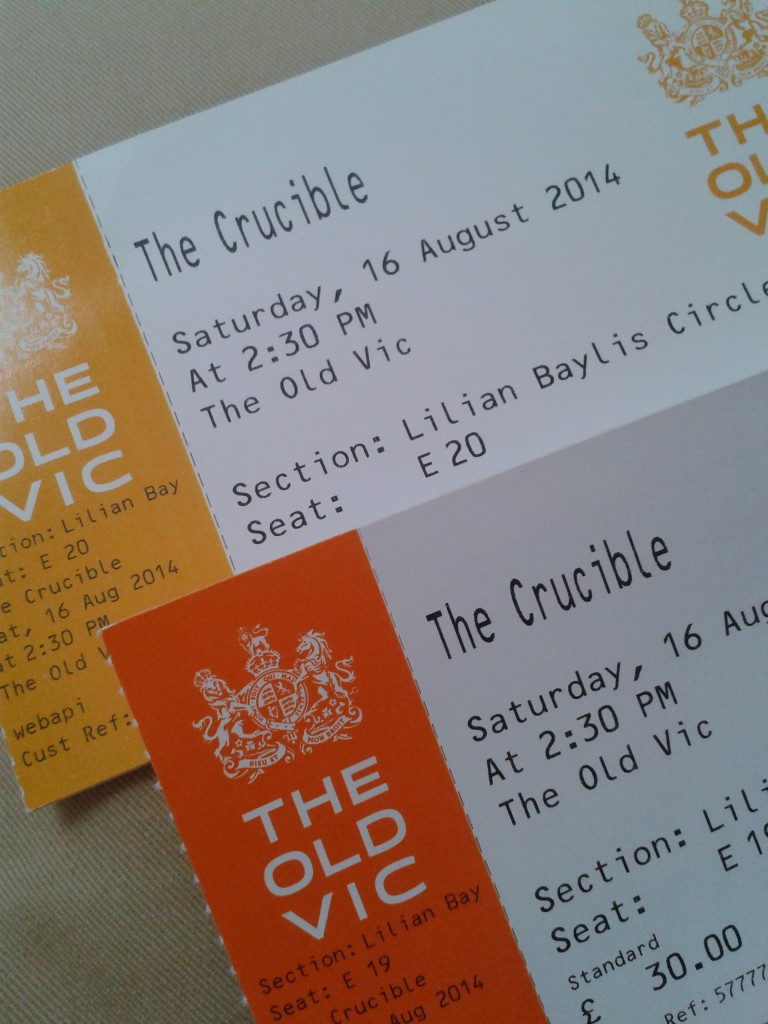 Honestly, I slept really poorly last night because I couldn’t stop thinking about this play. Even though I had performed in it once years ago, seen the film version, and know the history of the events involved; this production struck me deeply. As Elizabeth Proctor said goodbye to her husband, the tenderness Armitage and Madeley portrayed was beautiful. Unsurprisingly, I was in tears at the end.

Chilling, tragic, and beautiful – three words to sum up this production. 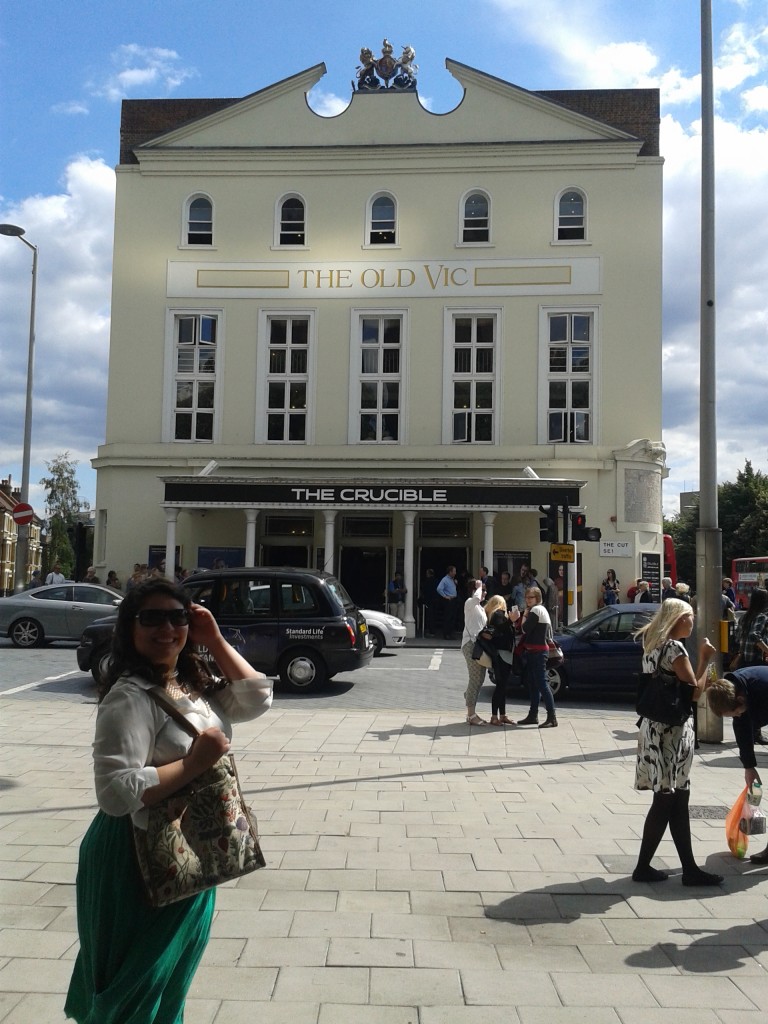 The Crucible is now being performed at
The Old Vic, The Cut, London SE1 8NB, within two minutes’ walk from Waterloo Station, London.