I bought a copy of The Serpent’s Kiss on my most recent trip to Blackpool on Tuesday. I remember watching it when I was a teenager back in 2002 (and in full Ewan McGregor crush phase). It is very similar to The Draughtsman’s Contract, which is not my favourite film because I found it too weird. This, however, is much more up my street, with an amazing cast (Ewan McGregor, Greta Scacchi, Pete Postlethwaite, Richard E. Grant), exquisite costumes, and beautiful visuals. 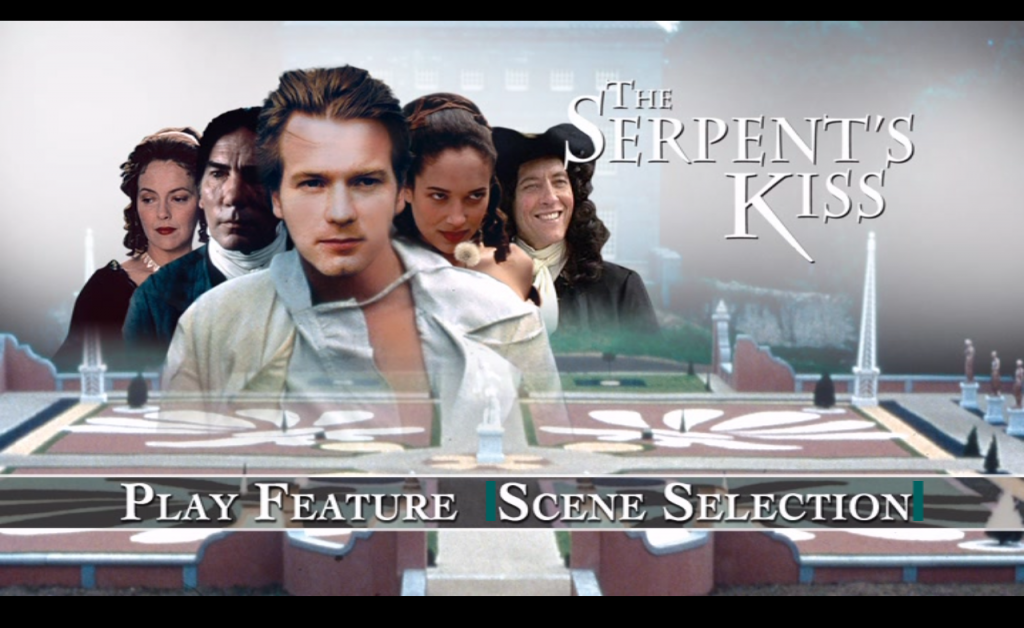 Set during the reign of William III in the late 17th-century (woo-hoo!), Meneer Chrome is an in-demand garden designer, and he is hired by a wealthy gentleman, Smithers, (Postlethwaite) to build a great Baroque garden at his home near Bristol. Smithers made his money from ironmongery and makes cannons for the army. I smiled as the characters mentioned King William’s garden, Hampton Court, and the Earl of Portland (who was Hans Bentinck, William’s favourite). 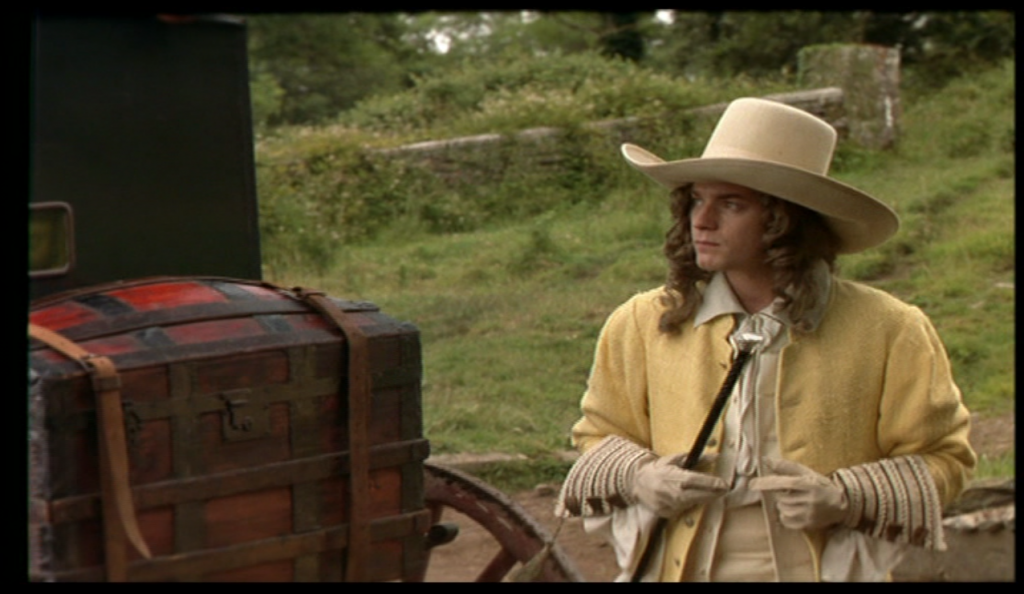 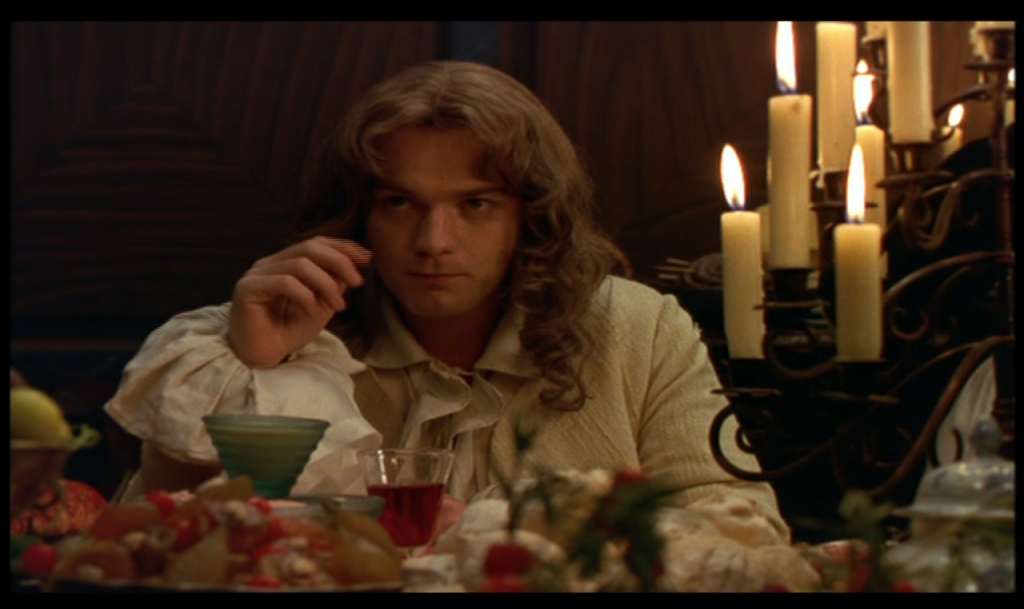 There, Chrome meets Smithers and his alluring, bored, beautiful wife, Juliana (played by Scacchi). Juliana was originally from London and complains that “no one ever visits us” and “I thought leaving London for Bristol was bad enough, but then this!” 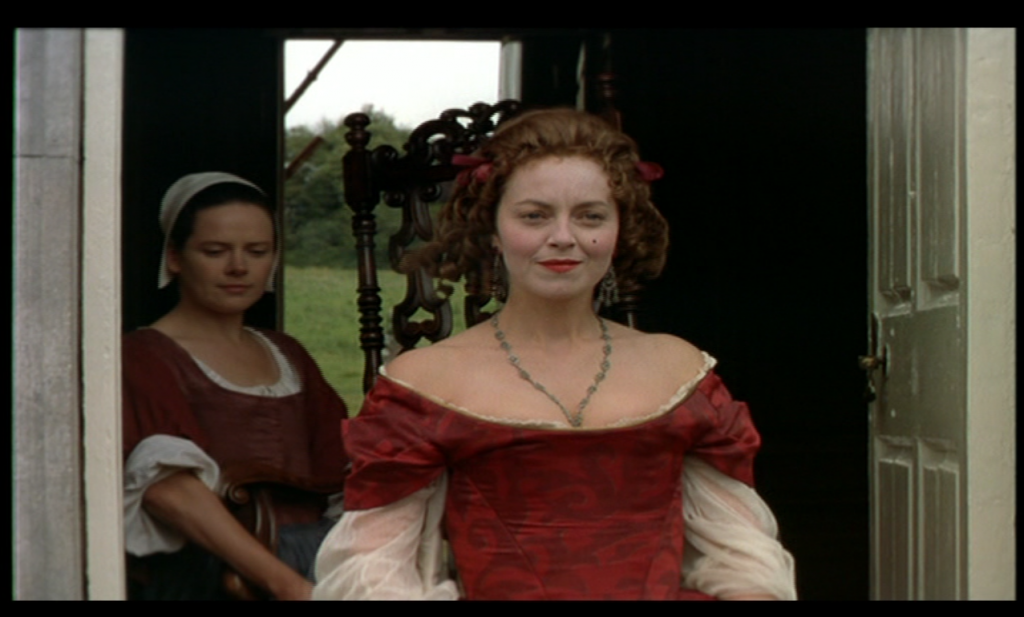 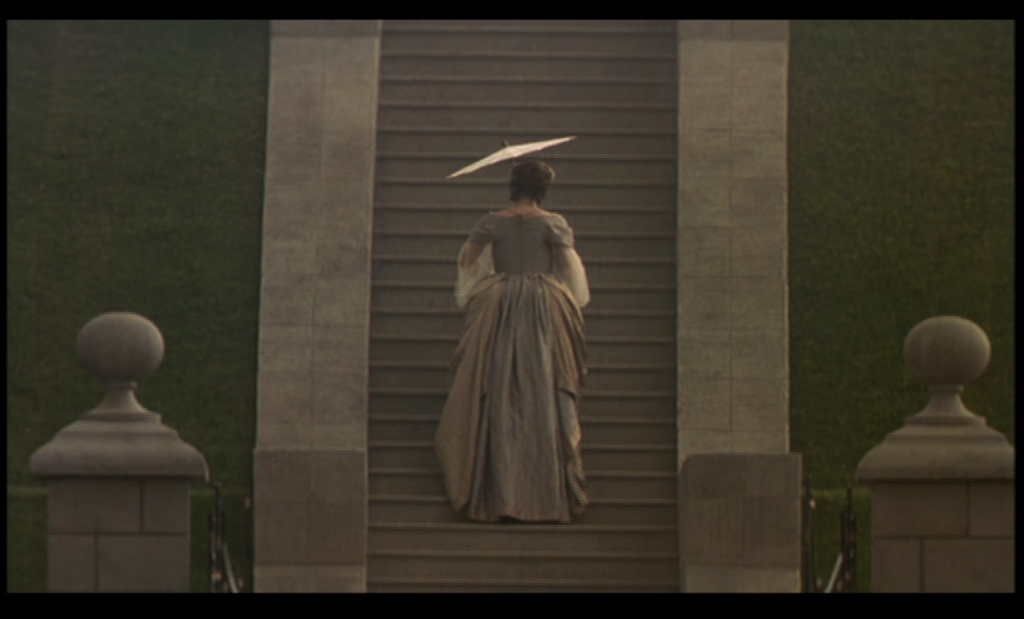 Soon, Juliana’s nasty cousin, Fitzmaurice turns up, turning the heat up on Chrome.

The question is: Is Chrome really who he says he is? And what does the smarmy cousin Fitzmaurice have to do with it all? 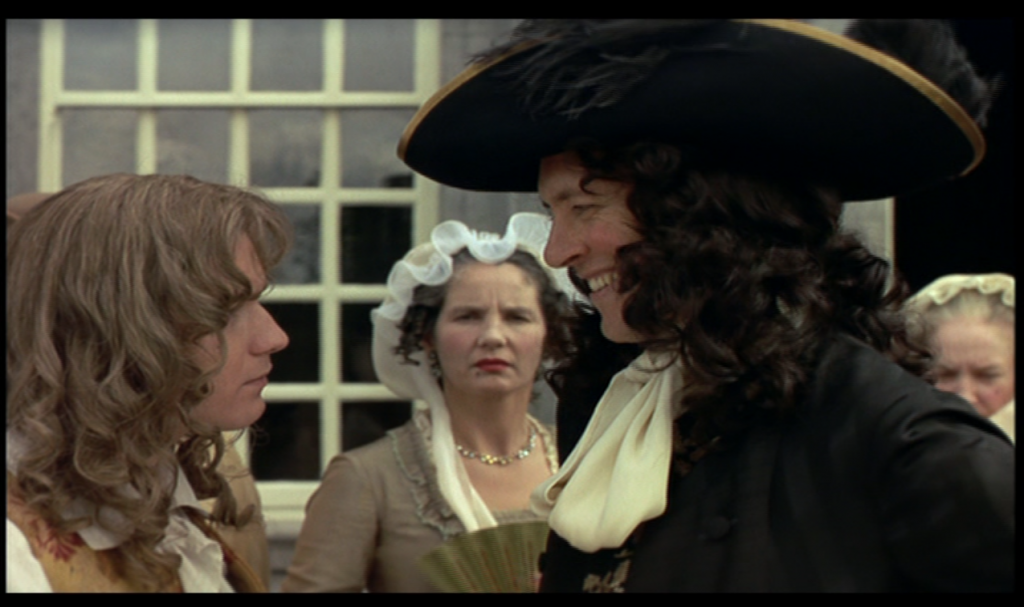 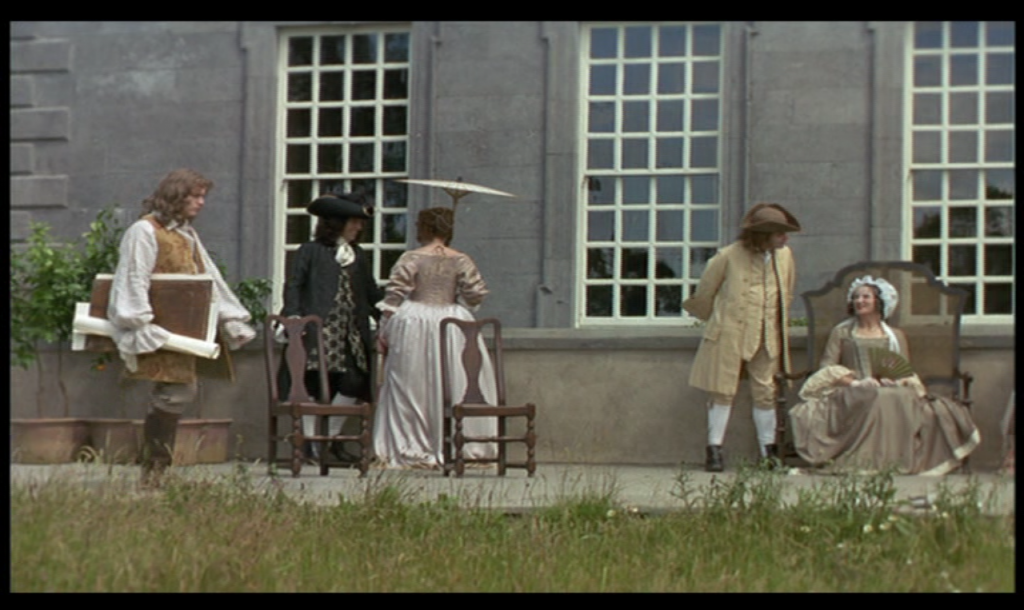 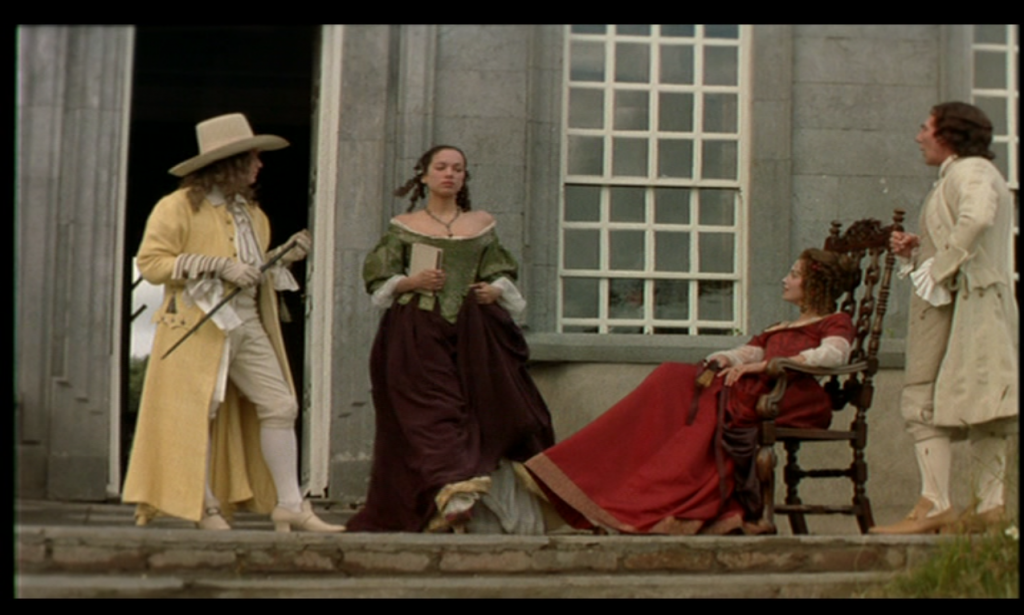 Fitzmaurice knows something about Chrome and is using him to bankrupt Smithers with the aim of ruining the man who he thinks stole his woman away from him (Juliana). He has been plotting revenge for years, but was too useless (he’s a fop) to do anything. 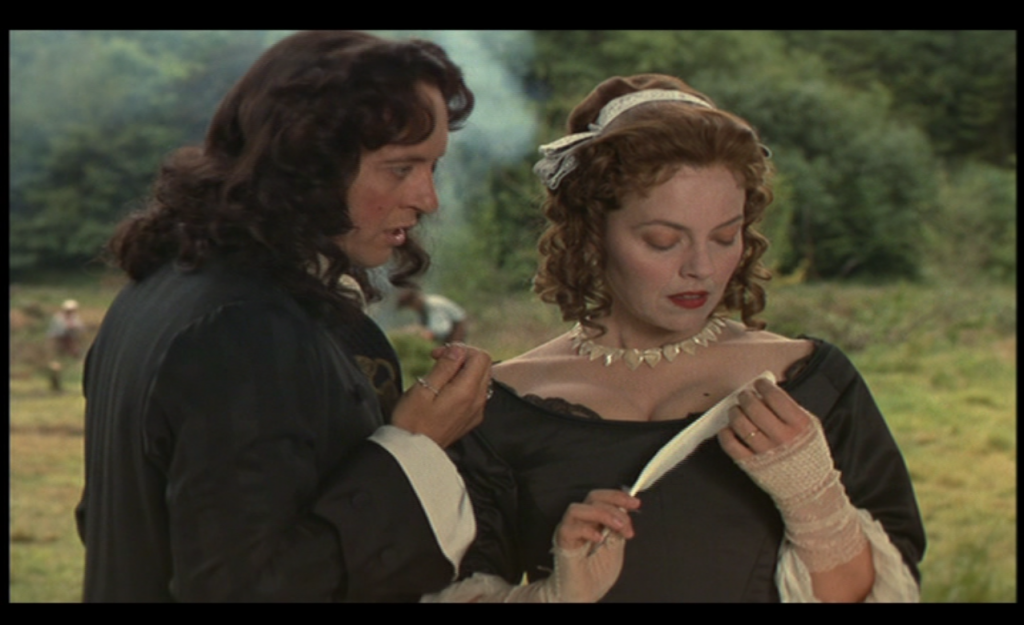 Chrome meets the Smithers’ oddball daughter, Anne, who calls herself Thea, and always walks around reading her book of Andrew Marvell’s poetry. 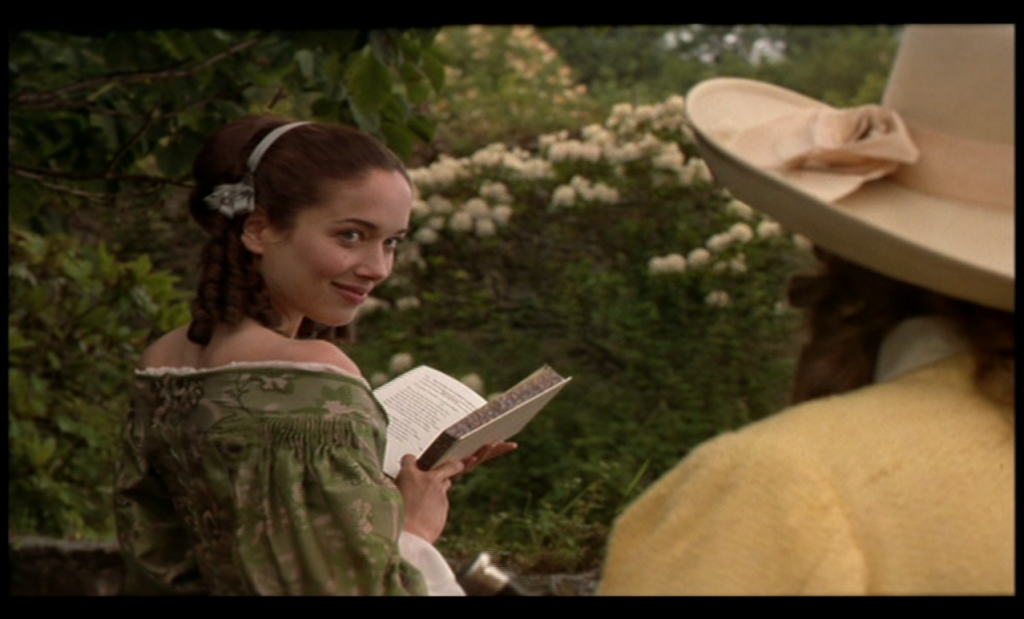 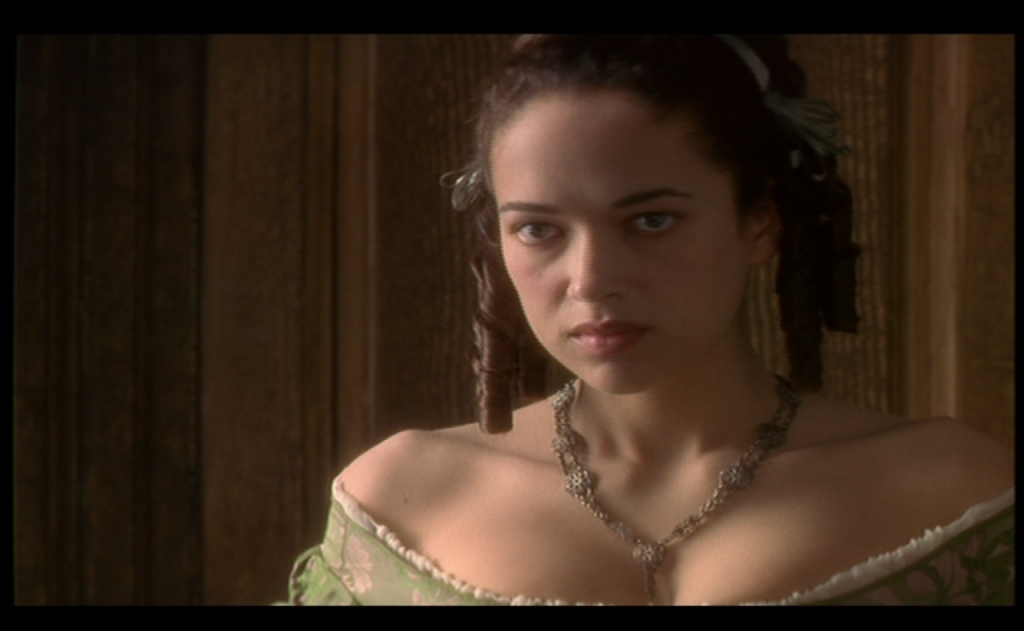 I really liked this storyline. Thea is actually a very, very sensitive soul who cannot bear to see any animal hurt and who finds solace in the wilderness. Her parents do not understand this, labelling her “disturbed” and hiring physicians to cure her. But Chrome doesn’t agree, telling the doctor, “She’s not ill, you are!” 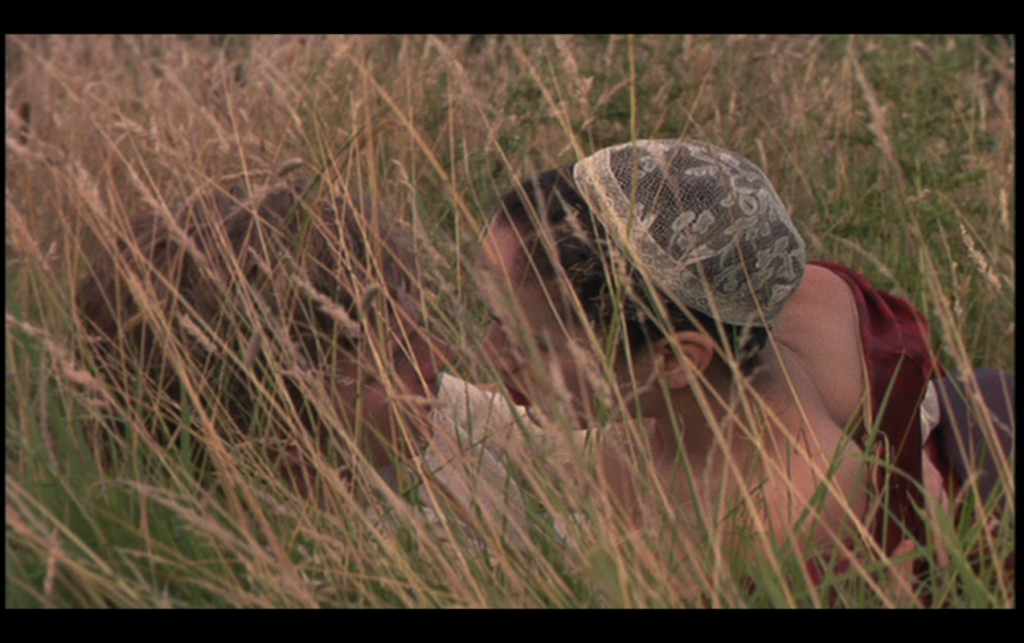 Thea and her mother, Juliana, have a sort of frosty relationship. Juliana was more interested in herself and diversions than in her daughter’s wellbeing, it seemed. Thea often mocks her mother by repeating the same silly things she said before. 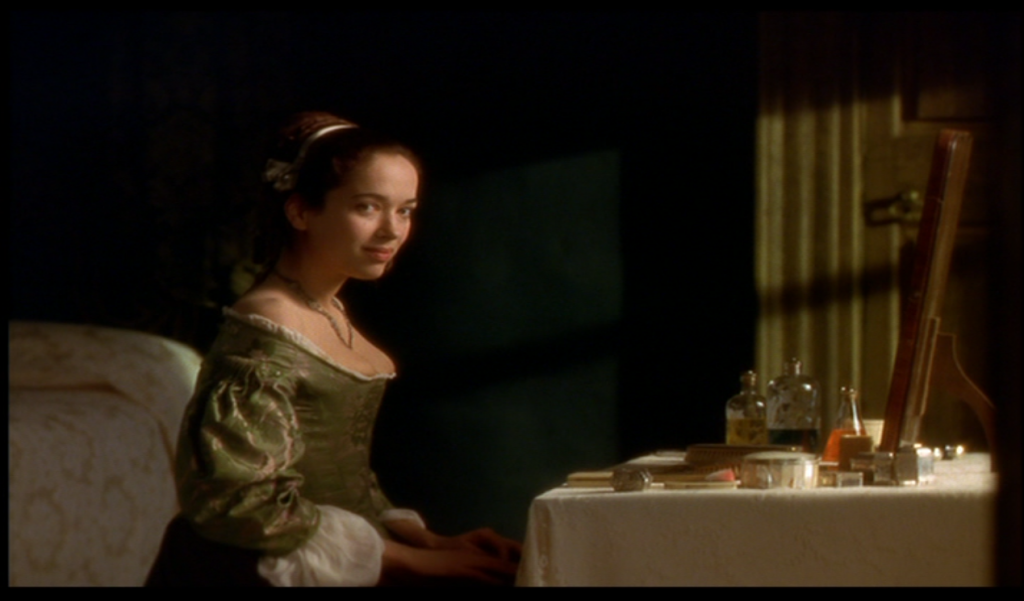 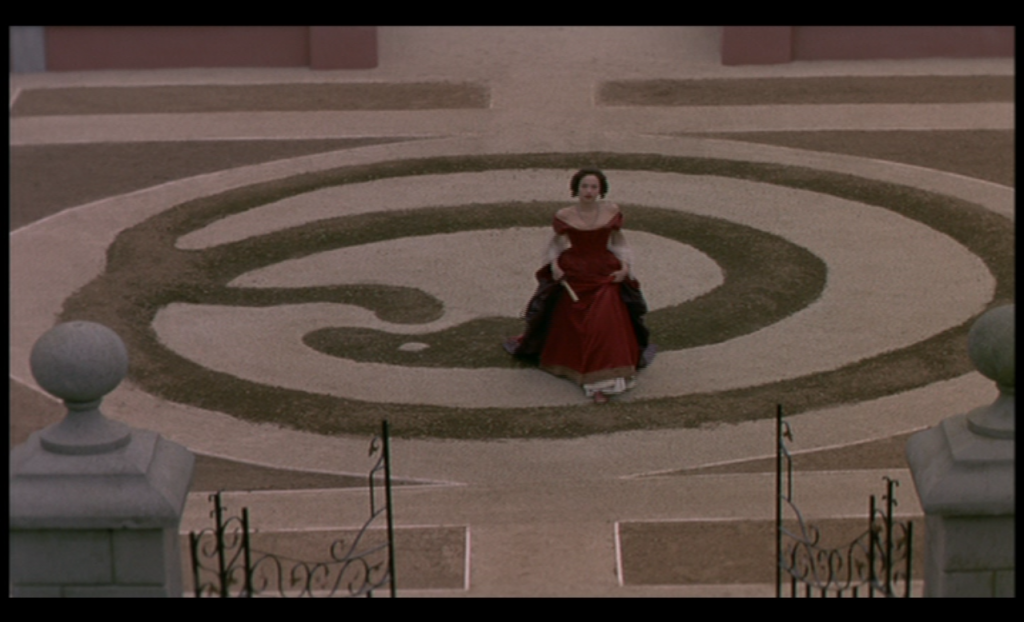 Meanwhile, Chrome is determined to clear away the wilderness and make order and symmetry in the garden. He explains his need to control nature is a result of a painful episode in his life. The garden suffers several setbacks, but looks quite impressive. 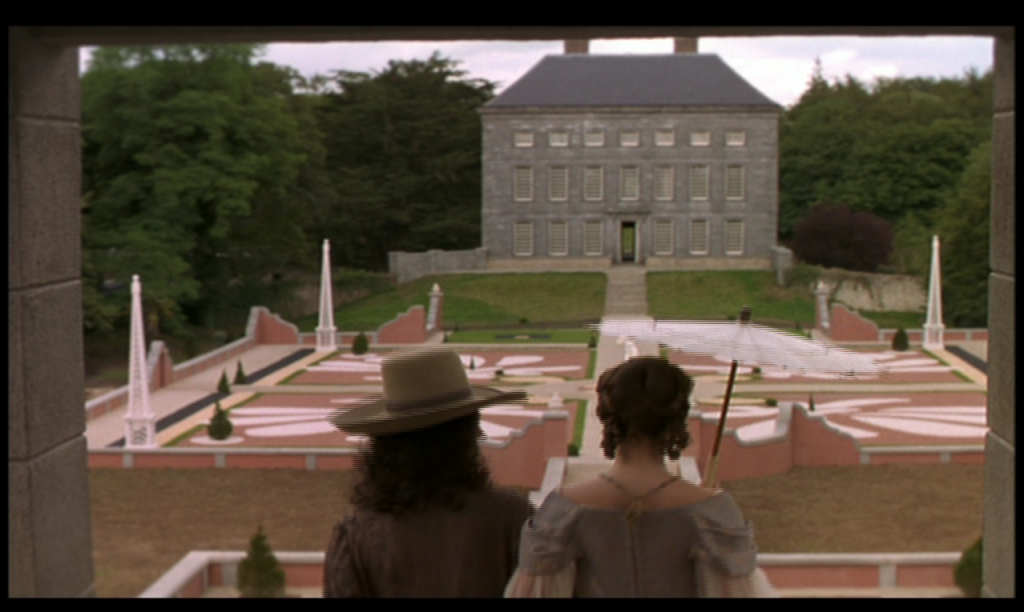 Juliana finds Chrome quite attractive, and this angers Fitzmaurice and the two mischievously play games on Chrome. 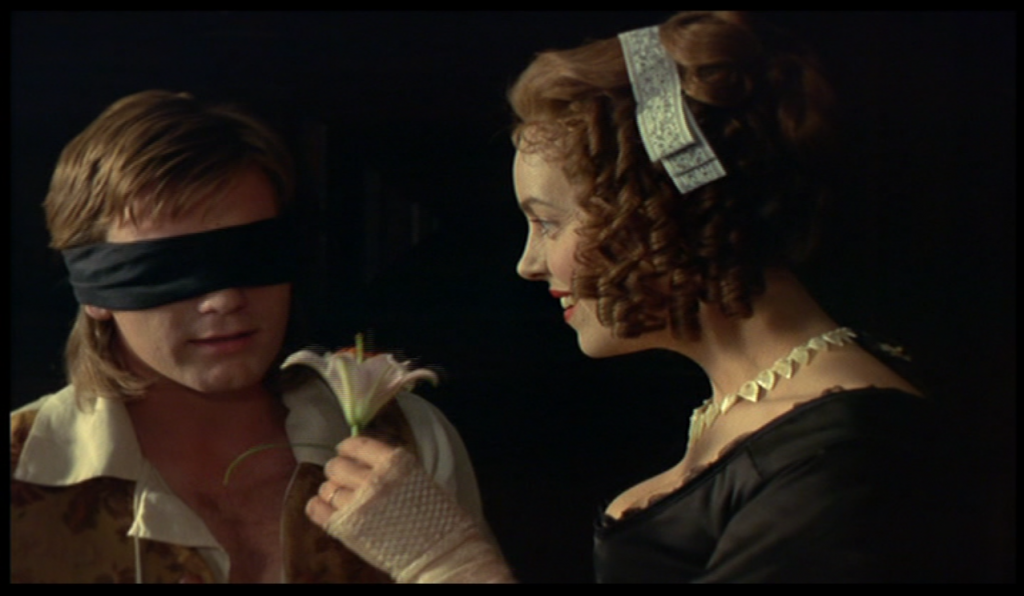 Although I enjoyed the storyline, I thought the soundtrack was very oddly chosen. In the opening credits, there is a sort of 90s girl-power/indie song, which I thought jarred considerably with the film, and there is also tribal music once in a while. How either of these types of music fit in with late 17th-century England is beyond me. 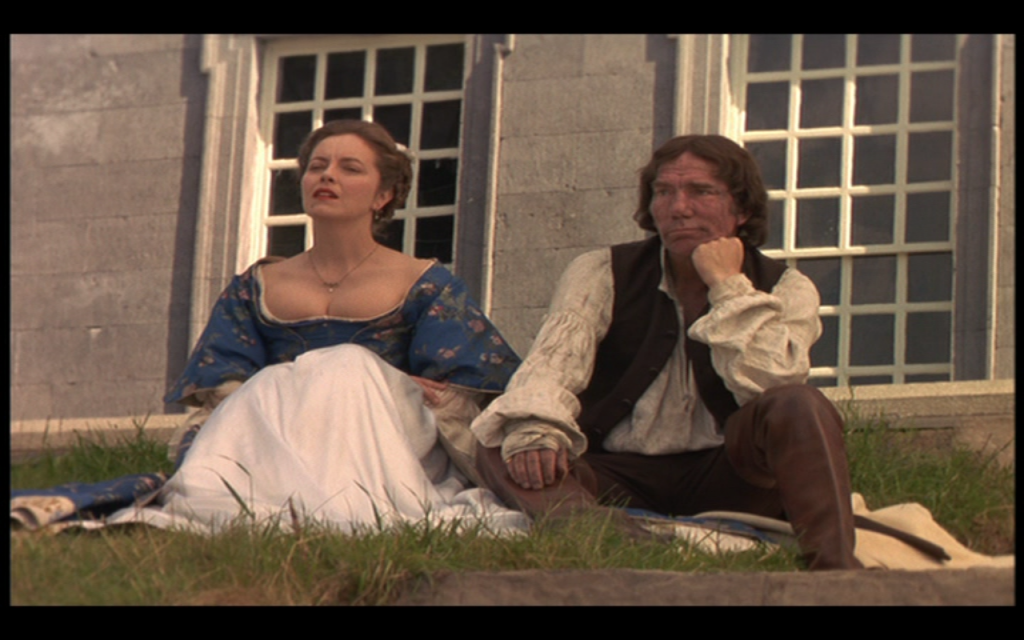 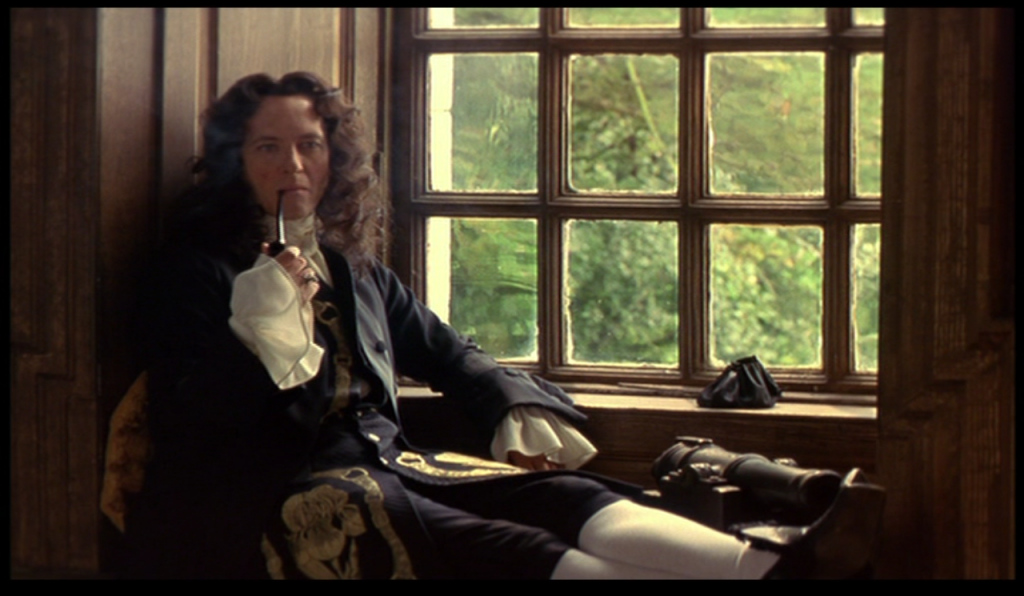 I really enjoyed this film, and Richard E. Grant as a baddie is not to be missed! If you haven’t seen it and love the 17th-century, do watch it. If you have already seen it, please leave your thoughts about it in the comment section below.