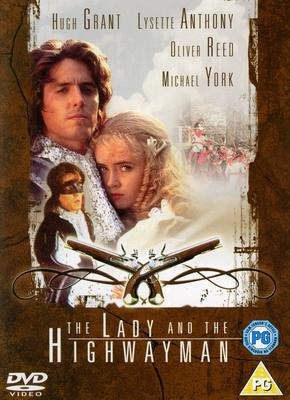 The Lady and the Highwayman, from 1989, starred Hugh Grant as Lord Lucius Vyne, also known as Silver Blade, the Royalist highwayman, and the beautiful Lysette Anthony as Panthea Vyne, the young lady he has promised to protect. 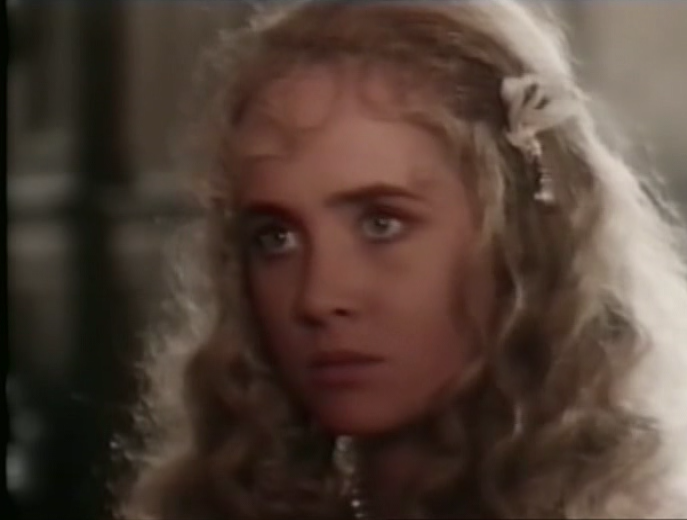 Panthea’s story takes place after the English Civil War during the Interregnum in which Oliver Cromwell was Lord Protector. Panthea, beautiful, sweet, but possessing a rebellious streak, lives alone in her huge home. 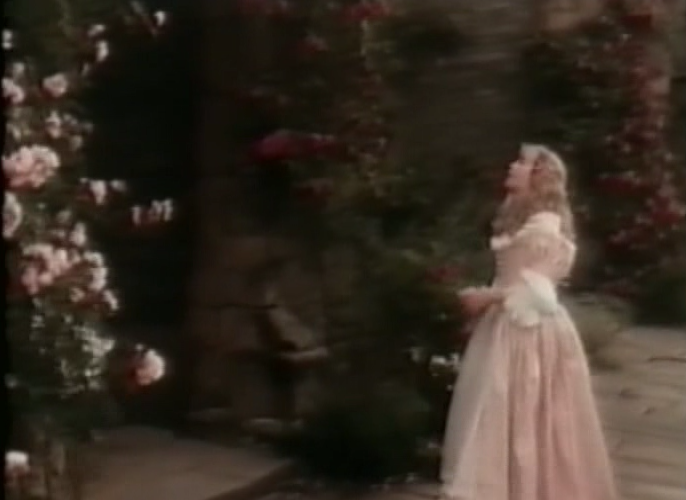 Here, she is targeted by the unlikable Puritan tax collector who blackmails her into marrying him. He’s a brute and right before he intends to ravish her, she is saved by the notorious highwayman, Silver Blade (Grant). 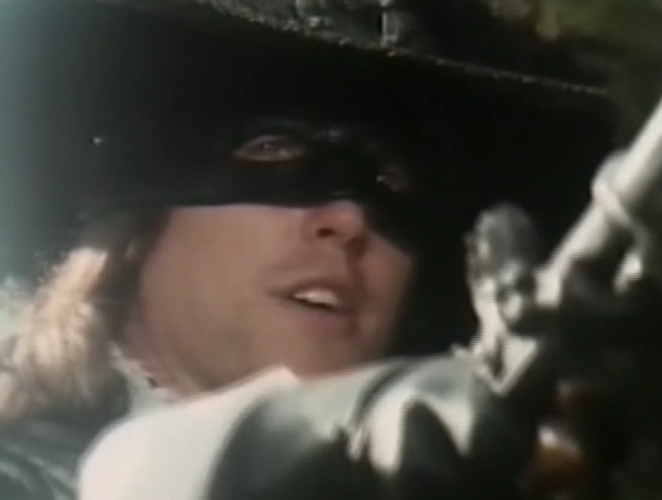 Her aunt, believing correctly that Panthea should not live alone, has her come and stay with her. Soon, Panthea is brought to court of the newly-restored King Charles II, where she draws much attention from both the King, and his jealous and envious mistress, Barbara Villiers, Lady Castlemaine (very well played by Emma Sands).

Panthea, still dreaming of the heroic and dashing Silver Blade, gets to know and love his alter ago, Lord Lucius Vyne: 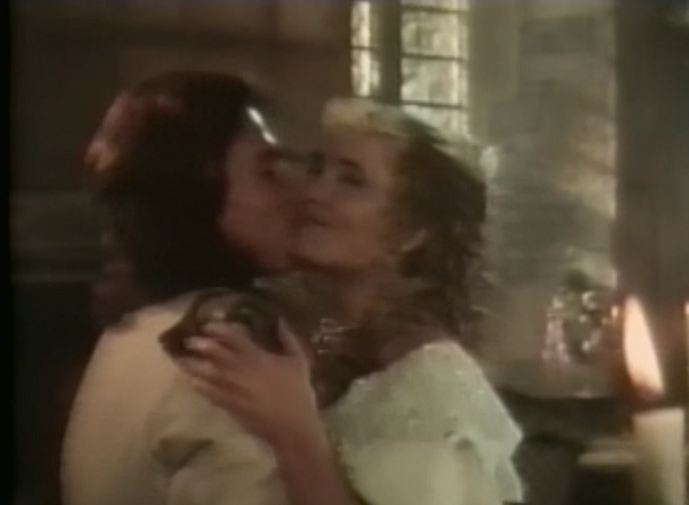 Meanwhile, Barbara Castlemaine despises the virginal “milksop,” and schemes with a man (Oliver Reed) to learn about Panthea’s past. She finds a gem, and Panthea has a very hard time when she goes to trial and then goes to her execution: 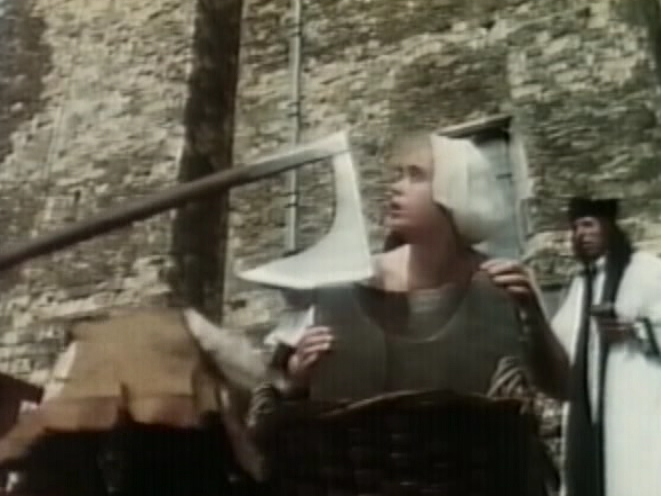 Panthea gets a close shave…

The film was very entertaining, and has all the swashbuckle you could want. That being said, however, it is quite saccharine, too sugary-sweet at times, but this is to be expected, as it was based on a romance novel by Barbara Cartland. I really enjoyed it, though, and I’m certain that fans of Hugh Grant will be overjoyed to see him as a suave and dashing highwayman. Though it is a highly-romantised look at the 17th century (everyone looked so squeaky clean, except for the prison scene: 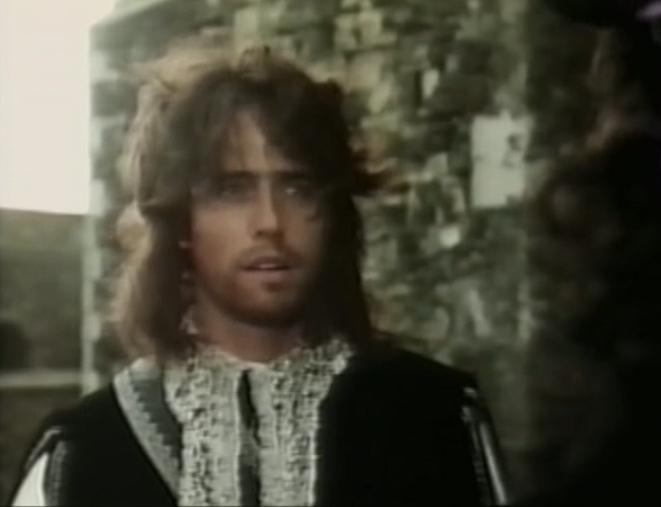 Lucius ends up having a hard time of it.

I should also mention that King Charles II is played by the excellent Michael York: 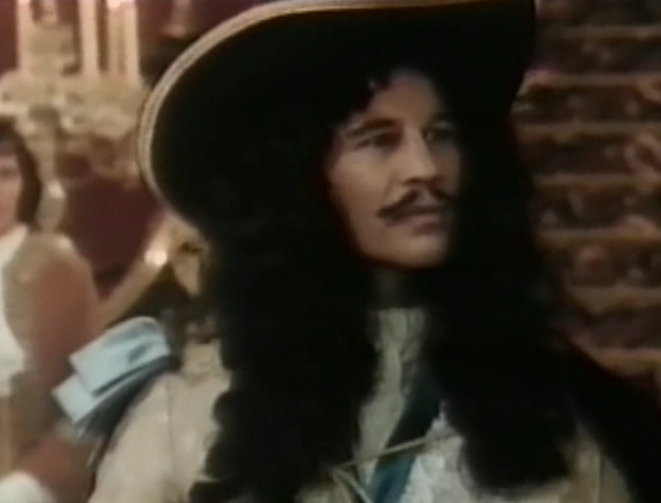