Showtime’s beautiful television series, The Borgias, has been cancelled by studio executives, causing understandable uproar from fans – of which I am one. I know that it is “just a television show”, but it is one of the best-made shows I have ever seen and deserves to finish properly. With all the reality tv rubbish all over the place now, The Borgias provided a breath of fresh air – a show that made one think and feel in ways that other shows could not, dared not.

I know this website is generally only about history related to the 1600s, but I really love this show, and thought that perhaps those who read this might also watch The Borgias. The events – and historical figures – depicted in the series impacted the history of the Seventeenth Century. Caterina Sforza was one of the ancestors of the Stuarts, and Lucrezia Borgia’s bloodlines continued throughout other royal houses in Europe. For these reasons, not to mention a brilliant soundtrack by Trevor Morris, a perfect cast (Jeremy Irons, Francois Arnaud, Holliday Grainger, Joanne Whalley), well-written scripts, and a reasonably accurate history (which incorporates rumours/propaganda from the time), I feel that it is only right to have another, final, season, or at the very least the two-hour special. 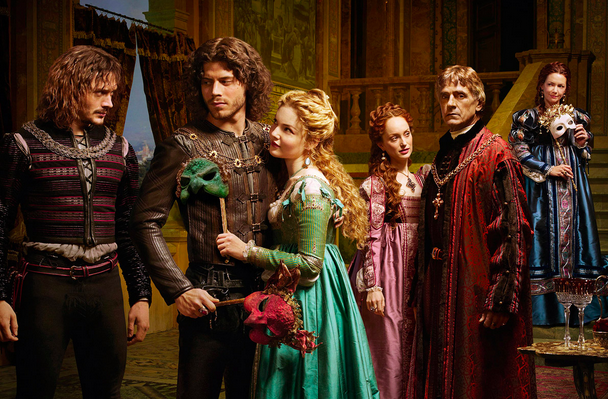 Whilst I do understand that all things come to an end, Showtime would do well to finish the story since there was no real conclusion at the end of Season 3. Just one more season to tie up the still open-ended plot-lines – that is all we are asking for.

And so, I urge you to sign the petition here.