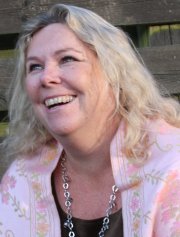 Last week, I was tagged by my friend Anna Belfrage in this blog hop. First of all, I’d like to say how much I admire Anna. I’ve known her virtually for a few years and she is a historical fiction writer and has written The Graham Saga. This is a series of books set in the 17th-century, so readers of this site will probably enjoy her books. I’ve only had time to read the first one in the series, which was excellent. When Anna and I were finally able to meet in person last year (at the Historical Novel Conference in London) I was struck by her joie de vivre – she’s bubbly and full of positive energy and she can make the dullest, saddest day seem bright and happy. Anna and I (along with several other authors) have written novellas for the Steel & Lace Anthology, which should be published this summer and the royalties will go to the Great Ormond Street Hospital Children’s Charity (GOSH). We’re in a small but devoted group of writers who are (happily) lost in the 17th-century.

Anyway, the rules of this little blog hop are simple:

Here we go! Since most of my blogger friends are either too busy to participate (I know that feeling!) or have already participated, I would like to nominate the following, who can do this if they wish: 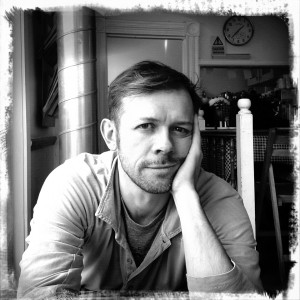 Piers and I met in person at last year’s Historical Novel Society Conference in London and he’s a great chap – friendly, kind, and best of all, totally into the 17th-century! A self-confessed coffee fanatic, it’s no wonder that his main character in the award-winning The Bitter Trade, is a coffee racketeer! To my great shame, I’ve not read it yet but I’m inching closer to it in my TBR pile – and since it’s set in 1688, I can’t wait. You can visit his website here. Piers is currently working on another book, but The Bitter Trade is currently being serialised by The Pigeonhole (so, check it out!). You can buy The Bitter Trade as a paperback and ebook as well. 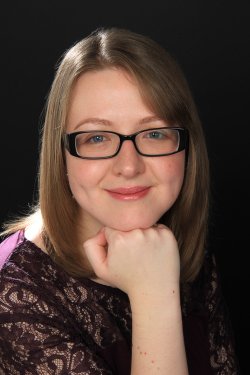 Laura is another talented author, but once again she’s a lovely person too. Anyone who loves pugs and guinea pigs, as she does, is pretty cool in my opinion. Laura and I knew each other for a while online before also meeting up at the Historical Novel Society Conference last year and then at the Historical Writer’s Association Christmas dinner. Laura writes Georgian historical fiction, her first book was Queen of Bedlam, and she’s soon to release her second novel, Mistress of the Court. You can find her books here and visit her website here. I usually don’t feature 18th-century writers, but several of Laura’s characters (including royal mistress Henrietta Howard, and King George II) were born in the 17th-century – so they fit right in.

OK! I have four projects on the go at the moment – three historical fiction and two non-fiction. The former books are on the back burner, but here are some samples from the first three chapters of my book Anthea: Confessions of a Restoration Actress. This will be my first book which is written in first person, so let me know what you think. I can always change it to third if fans find that preferable!

I am six-and-thirty years old, I reckon, having been baptised in late September, 1655. My mother and father were from Castile, Spain. My father, Don Inigo Diaz, being an ambassador here in England, was often conversing and doing business with some of the most influential men in the country. He was of a slim build, his pin-straight black hair he would curl in his younger days when at the court of the first King Charles.

The year was 1668, and I was thirteen years old. I was filled with excitement and fear and butterflies fluttered about in my stomach – I was going to my first-ever audition. The good King Charles the Second allowed women to perform upon the stage and I thank him heartily for it. The first actresses were glorious creatures whom I admired greatly. I longed to be like Elizabeth Barry and perform the Tragedies with as much effect as she had done. I wanted to make them laugh like Nell Gwynn and Moll Davis had. I wanted to be an actress.

Madame Dupuis stood alone in the theatre as she waited for the cast and crew to assemble. Her diminutive figure seemed even smaller than usual, and her beady eyes all the more intense. We all sat on the edge of the stage and waited for her to begin.

“Our next production will be Shakespeare’s Much Ado About Nothing, even though Davenant maintains that only his company is permitted to perform Shakespeare’s work, we will not be bullied by that nose-less oaf! Some of you may have heard that Thomas has left us to join Betterton’s company. As you can see, some do not value loyalty.’

Well, that’s it from me – I hope you enjoyed the above.