This week marks the end of my family’s two-year stay in Clungunford, Shropshire, England. This weekend, we’ll be back in London, having moved out of Balham back in 2011. After a somewhat nail-bitingly stressful removal over the weekend, I have a bit of time to reflect on what was a momentous couple of years, with the launch of A Year in the Life of Stuart Britain, followed by the birth of my daughter, and then a near-fatal bout of pancreatitis. 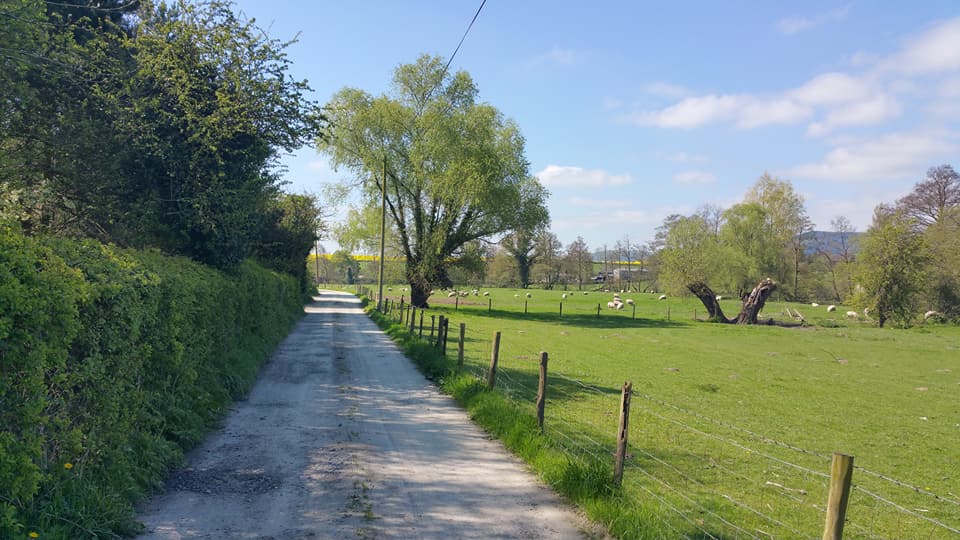 The village of Clungunford lies eight minutes from the nearby town of Craven Arms, home to Stokesay Castle. Stokesay became our regular place to visit because it is great for families. Below, you can see my photo from the top of the 14th-century castle tower overlooking the Stuart gatehouse from the 1650s. My husband likes medieval history and, of course, I like Stuart history, so it was great for both of us. This castle is largely in ruins, and is home to some really fascinating bats! If you go to the top of the castle, you’ll enjoy a wonderful view of the local area. 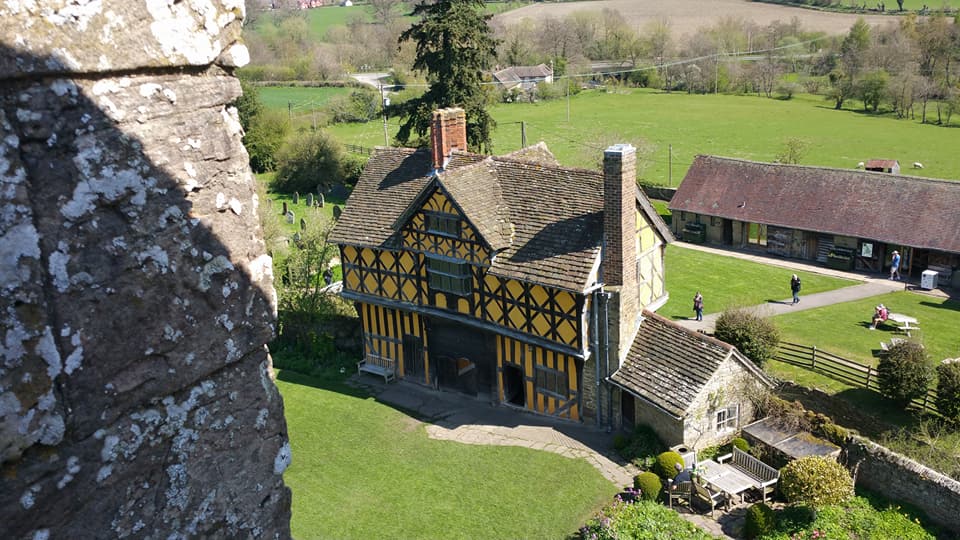 Clungunford has an old history – local legend states that Archbishop Laud personally had dealings with St. Cuthbert’s Church (lamentably, I have not had time to investigate this). 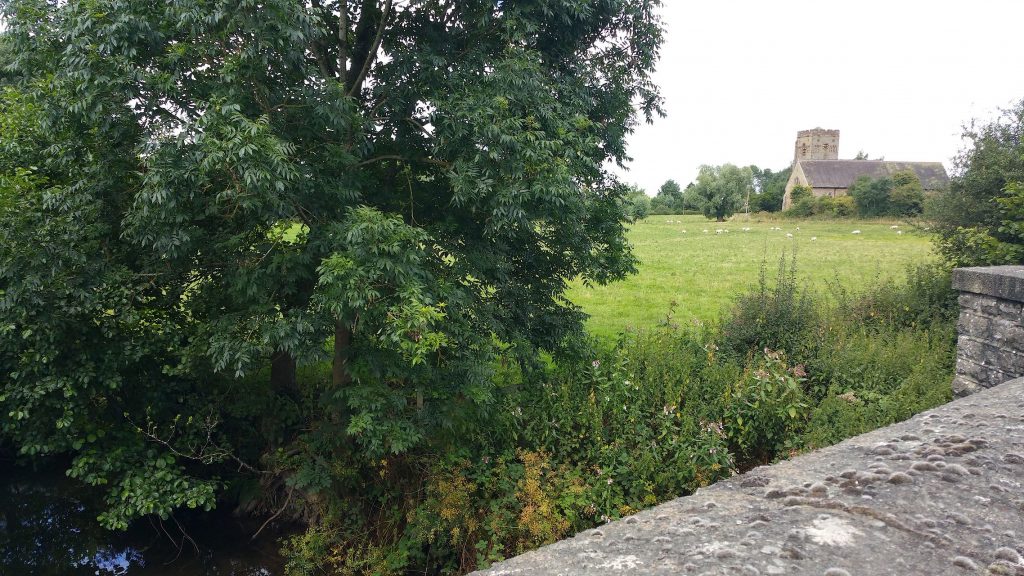 A short walk from this church, there is a quaint seventeenth-century cottage which is home to The Bird on the Rock Tearooms – run by our friends, John and Lizzy. Built in the 1650s, this building is in itself worth a visit. That being said, the teas, sandwiches, and cakes – all made from scratch by Lizzy – are another delightful incentive. If you happen to stop in (they’re open Friday-Monday), let them know you found out about it on my website. 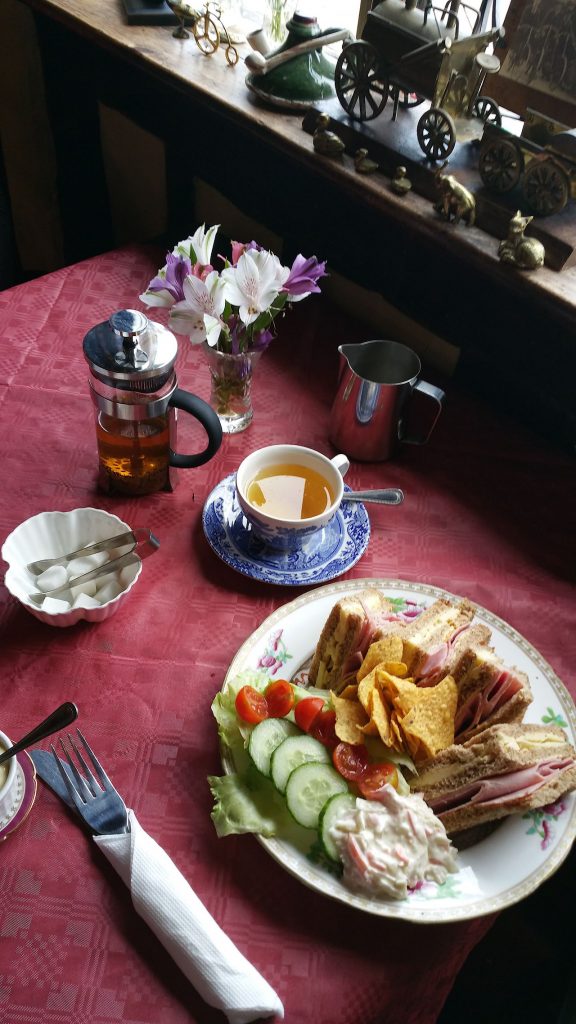 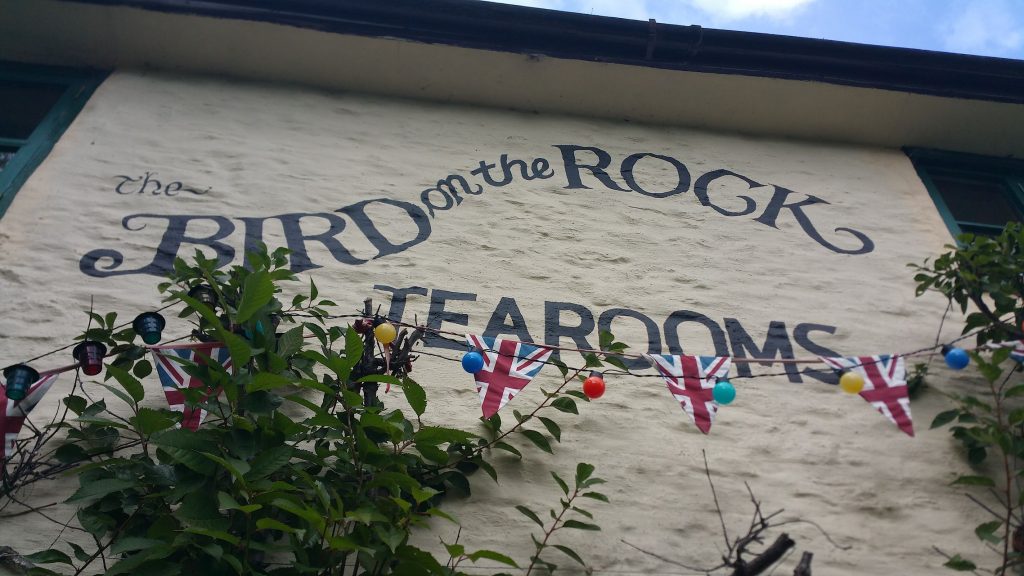 There is a river that runs in between Clungunford and Abcott, where the tearooms are located. You can be sure I was disappointed to learn that the seventeenth-century bridge (1657) that was built here was replaced in 1935 – (boo!). 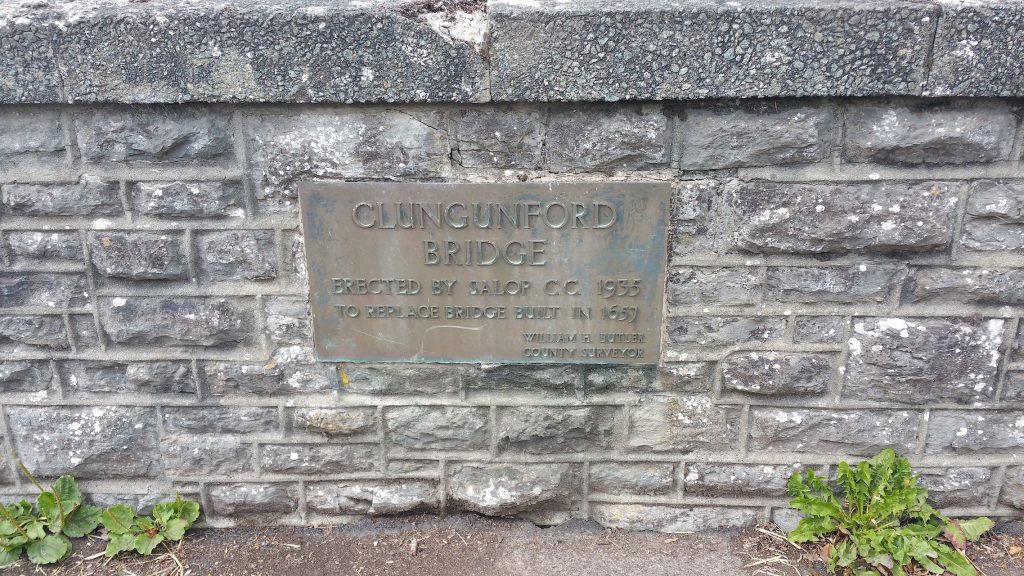 Down the road from the Bird on the Rock lies Hopton Castle, the sight of a bloody siege during the English Civil Wars. This area had a lot of activity during this time, as nearby, Lady Brilliana Harley defended her castle during the siege of Brampton Bryan. 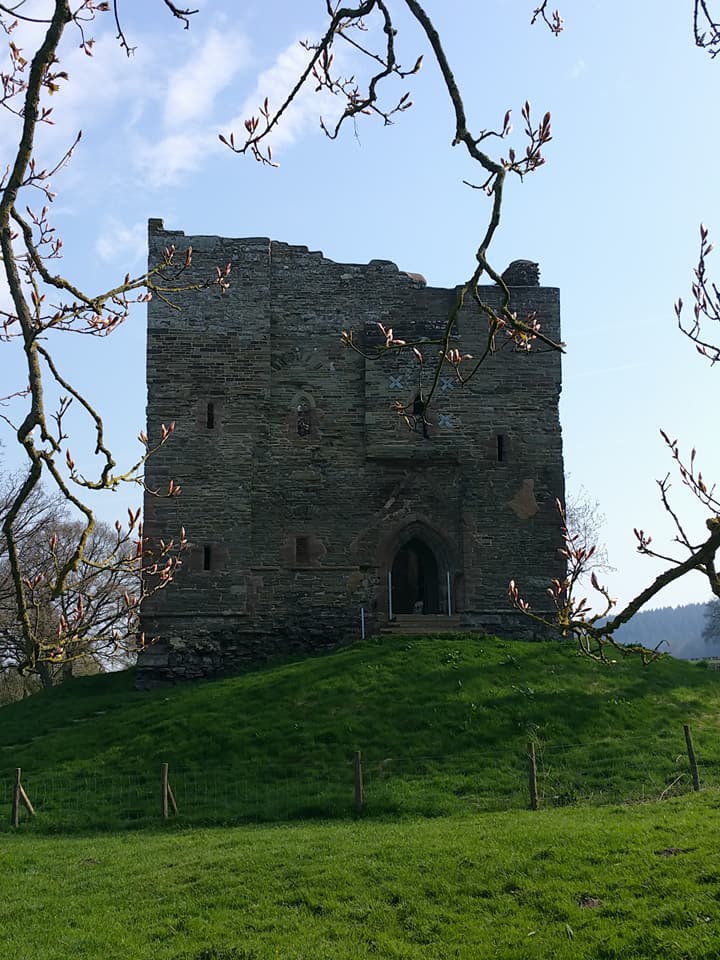 The hamlet of Clungunford is also about 20 minutes away from the super-historic ruins of Ludlow Castle, famous for being the site of the death in 1502 of Prince Arthur, the elder brother of King Henry VIII, during the former’s honeymoon with Catherine of Aragon. It was also the site where, in 1616, Charles I was made Prince of Wales by his father, King James I.

Weirdly, despite being in the middle of nowhere and being a hamlet, Clungunford was surprisingly busy and loud. Not only did we have petrolhead neighbours revving their motorcycles and loud engines constantly and running a car-washing business with a water pressure machine, but there were four construction projects going on in the village. Every Saturday night, there is a Country and Western night, which we found quite charming and even attended once. And then the near-weekly raves began… 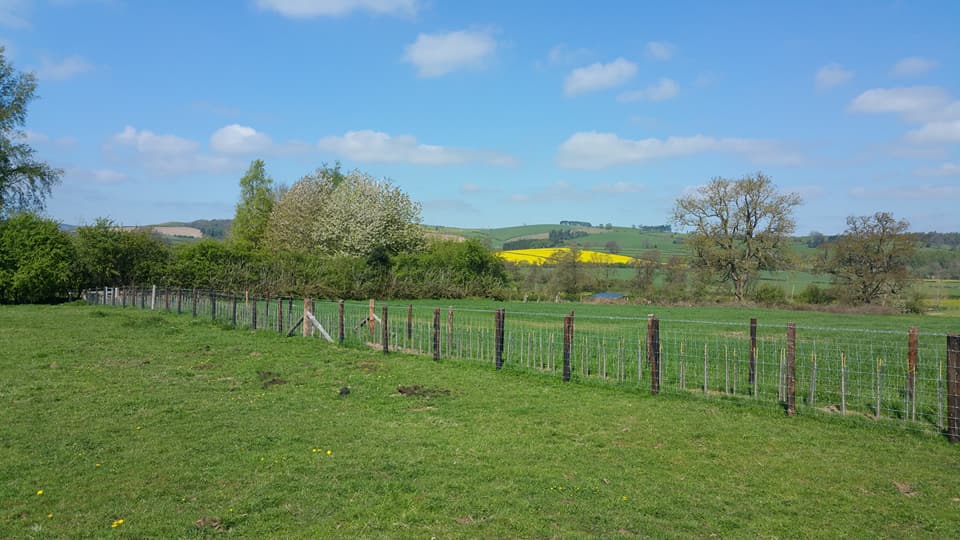 Anyway, there were beautiful tranquil moments which I enjoyed greatly. My favourite times were when we went on the walk around the hamlet. I loved the sight and sounds of the sheep grazing in the fields, with a stunning backdrop of the Shropshire hills.

There isn’t much local transport around here, and most folks rely on their own vehicles. I used to drive long distances regularly when I lived in the United States, but I never got around to obtaining my UK driver’s license – mainly because I’m not confident I’d do well on narrower roads and on the opposite side of the road. And roundabouts? I know it’s a simple rule of “give way to the right”, but those things are just scary!

Not being able to get around made things difficult sometimes. For example, I would always be concerned about my daughter or myself becoming ill and needing the GP (doctor) because that requires a drive into town.

The birdsong is Shropshire is unlike anything we’ve experienced elsewhere, except perhaps in Somerset. The was a rich variety of songbirds, whose melodious tweetings made for an impressive dawn chorus! 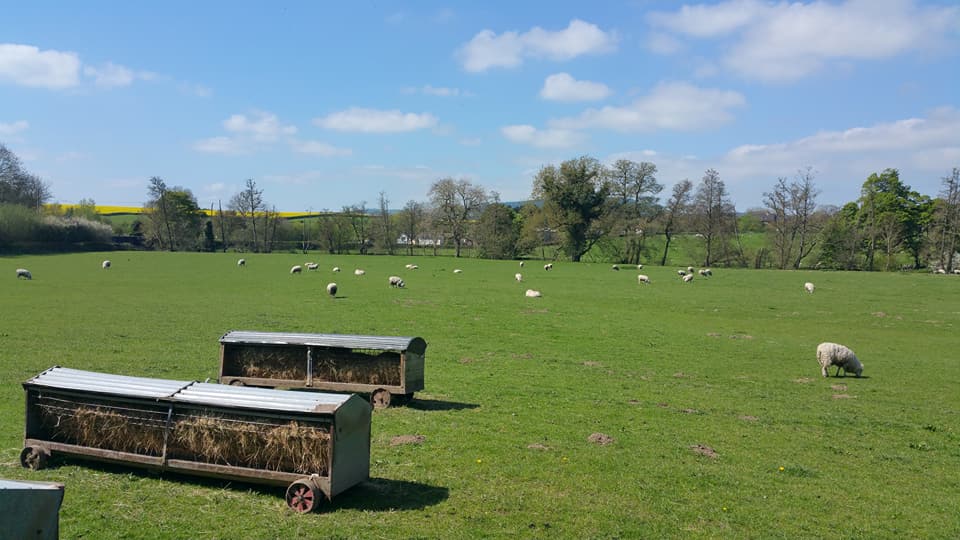 I have to be honest – I am not totally happy about moving back to London, especially with the soaring crime rates. But needs must and I’m going to try to remain positive about this next chapter. I’m also looking forward to taking my daughter to our old haunts, such as Hampton Court Palace and Kensington Palace. She’s never been on public transport either, and I think she might find this enjoyable.

One of the best things already is the fact that the British Library is a direct train route away (which is handy, as my Reader’s Card expired a few months ago). I’m definitely going to need access to all the available research facilities because I’ve got a new book contract! More on that in a few days… ?

For now, let’s hope the drive down will go well. We’ll have to administer a sedative to Blackie because she simply gets too anxious whenever she’s in the car now (we used to drive everywhere with her before, and she was awesome and totally cool, but she’s quite elderly now and within 5 minutes of being in the car, is vomiting, pooping, meowing nonstop, and drooling frantically). So, we’ll have our cat and our toddler (who doesn’t like to be in her car seat and is prone to motion sickness) on a drive that will probably take between 5-6 hours. We’ll definitely stop occasionally! Wish us luck, please!